What about the LCD panel?

Good question. I didn't talk about this before. There was two candidate. One of them is a Macbook Pro Retina 13.3" panel. The other one is from the new Chromebook with 2560x1700 resolution. The macbook's panel is a Samsung LSN133DL02-A02 or LG LP133WQ1-SJA1 with a resolution of 2560x1600. There is some known issue with the LG's one like IR, but Samsung is okay. The Chromebook's panel, LP129QE1-SPA1 is a cheap alternative and if you thinking about building something similar you should buy this one. Seriously it's 5 or 6 times cheaper! But I already have a disassembled top lid from a Macbook (A1502), so it's an obvious choice. Another plus I don't need to design a new lid. 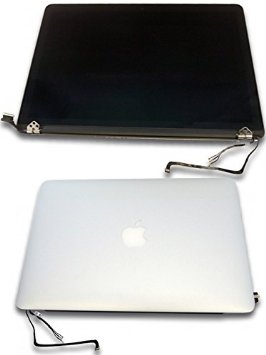 The LCD cable has a 30 pin IPEX (20634) connector and because it's not compatible with the NUC's eDP cable, I developing a breakout board. In the next post you'll see.
Bejegyezte: FERCSA